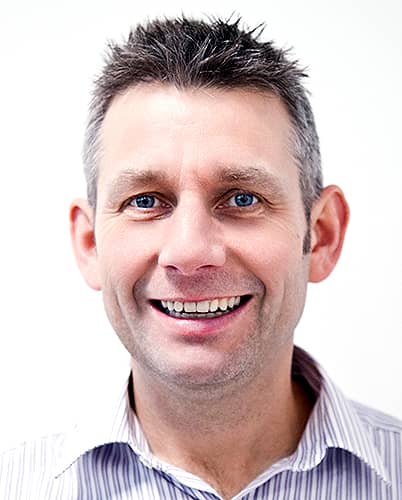 Mark Varney is Head of Fair to Nature and is responsible for leading the RSPB’s farm certification scheme promoting nature-friendly farming practices to address the biodiversity and climate change crises. He has over 25 years of experience working with the food industry, the vast majority focused on sustainability initiatives.

Prior to joining RSPB he was Director of Food and Network Development at the UK’s largest redistribution charity FareShare. He was responsible for FareShare’s partnerships with companies in the UK food industry for over 7 years, during which time volume grew from under 4 000 to over 35 000 tonnes. Mark led the development of the innovative FareShare Food Efficiency Framework and a major campaign to #FeedPeopleFirst which secured a DEFRA policy commitment and £15m in funding for charity redistribution.

Between 2004 and 2011, when Fairtrade sales in the UK grew from under £50m to over £1bn, he was Head of Commercial Relations at The Fairtrade Foundation, leading Fairtrade’s engagement with manufacturers, brand owners and retailers in the UK food and beverage sector. He worked closely with many companies in growing the UK market for Fairtrade, including businesses such as Tate and Lyle, Sainsbury’s, Cadbury’s, Starbucks and Nestlé on their major Fairtrade product launches. Mark was Director of Sustainable Business at leading behaviour change agency Corporate Culture and spent the first 8 years of his career at Procter and Gamble.